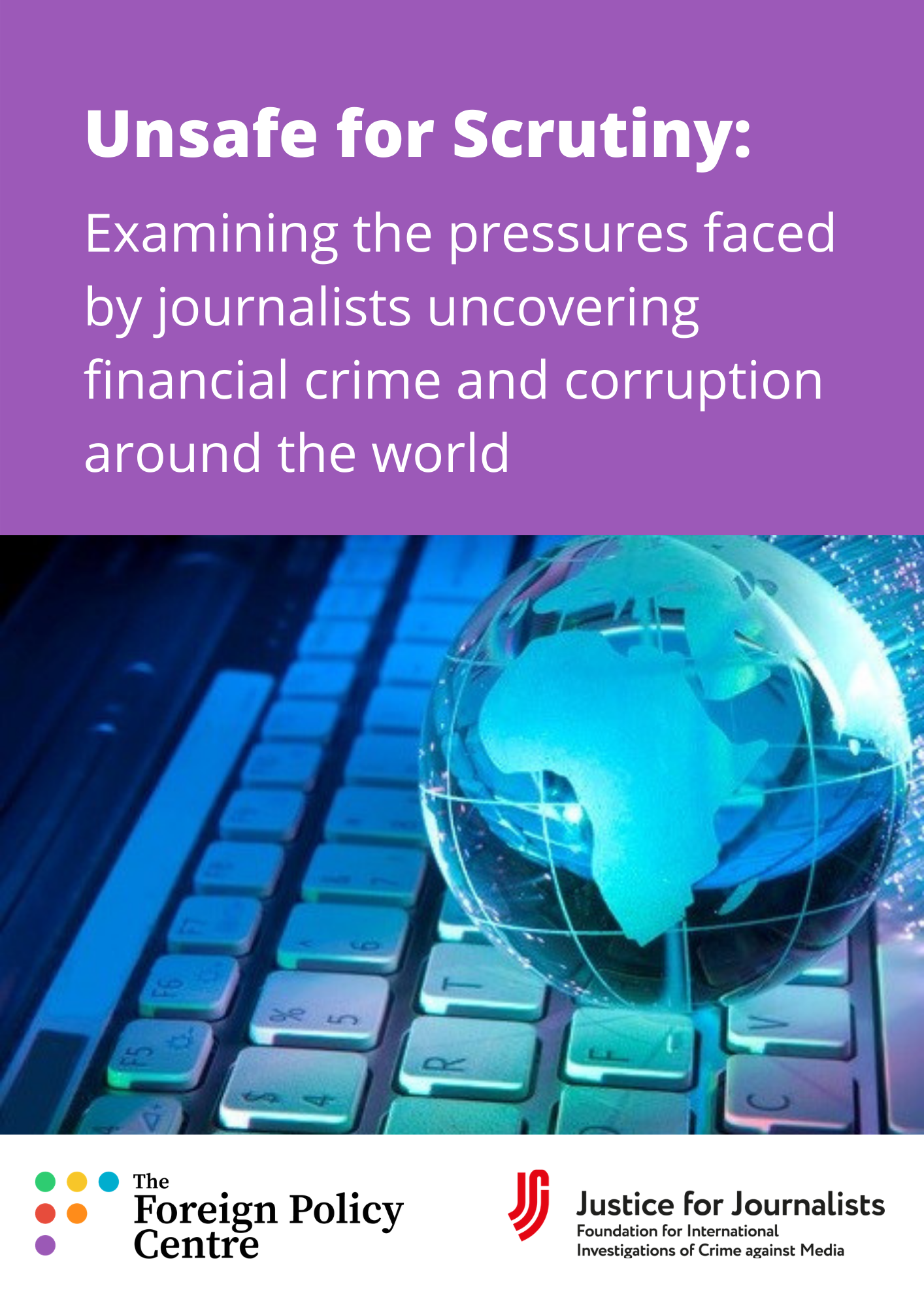 Unsafe for Scrutiny: Examining the pressures faced by journalists uncovering financial crime and corruption around the world

The Foreign Policy Centre’s Unsafe for Scrutiny: Examining the pressures faced by journalists uncovering financial crime and corruption around the world report presents the findings of a global survey conducted in September – October 2020 [Download publication to read the findings].

63 in investigative journalists from 41 countries participated in the survey.

The aim of the survey was to uncover the scope and scale of risks and threats facing investigative journalists across the world who have been targeted for uncovering financial crime and corruption, and was supported by the Organized Crime and Corruption Reporting Project (OCCRP), the International Consortium of Investigative Journalists (ICIJ) and the Global Investigative Journalism Network (GIJN).

The survey findings are complemented with a section specifically on international standards on safety of journalists, which examines the obligation of states to protect all journalists from threats written by Silvia Chocarro, Head of Protection at ARTICLE 19

“Investigative journalists uncovering financial crime and corruption are being subject to a significant amount of risks and threats, which has a chilling effect on their ability to continue to bring crucial matters of public interest to light. Particularly alarming is the level and frequency, as highlighted by our survey, of legal threats being sent to journalists all over the world. The UK is the highest international source of these legal challenges – almost as high as EU countries and the US combined – which points to a clear need for further review to prevent potential vexatious misuse of the UK legal system.”

Key findings of the report:

– The majority (71%) of respondents reported experiencing threats and/or harassment while working on investigations into financial crime and corruption.

– Civil legal cases, especially the use of cease and desist letters, surveillance, both on and offline, interrogation by authorities and smear campaigns, were also experienced by more than 50% of these respondents.

– Incidences of threats or harassment with that have notable psychological impact – such as trolling, verbal and written threats, smear campaigns, and blackmail – were the most highly reported (35% of all incidences reported).

– Legal threats were strongly highlighted by survey respondents as an area of particular concern. 73% of all respondents experiencing threats had received communication(s) threatening legal action as a result of information they had published. The United Kingdom (UK) was by far the most frequent country of origin for legal threats, other than the journalists’ home countries. The UK was almost as frequently a source of these legal threats as the European Union (EU) countries and the United States combined. Defamation pursued as a civil case was by far the most frequently given reason behind legal communication(s) to respondents (91%).

– At least 61% of respondents also reported their investigations had uncovered a link (directly or indirectly) with UK financial and legal jurisdictions.

This report was launched with a webinar on Monday 2nd November, the International Day to End Impunity for Crimes Against Journalists, with the following speakers: Paul Radu (investigative journalist and co-founder of OCCRP), Oliver Bullough (UK journalist and author of Moneyland), Sarah Clarke (Head of Europe and Central Asia at ARTICLE 19) and Susan Coughtrie (Project Director at the Foreign Policy Centre). You can catch up with the audio from the event here and the video here.

FPC’s project ‘Unsafe for scrutiny: How journalists around the world investigating financial crimes in UK jurisdictions face risks to their freedom and security from vexatious lawsuits (SLAPP) to violence,’ is being kindly supported by the Justice for Journalists Foundation. 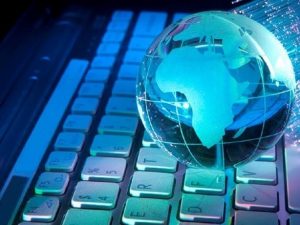 The Safety of Journalists, a Matter of International Human Rights Standards and Soft Law

Let’s be clear: violence against journalists can stop. It ends with accountability. If States fulfill their duty to protect journalists; if States meet their international commitments, journalists will be able…