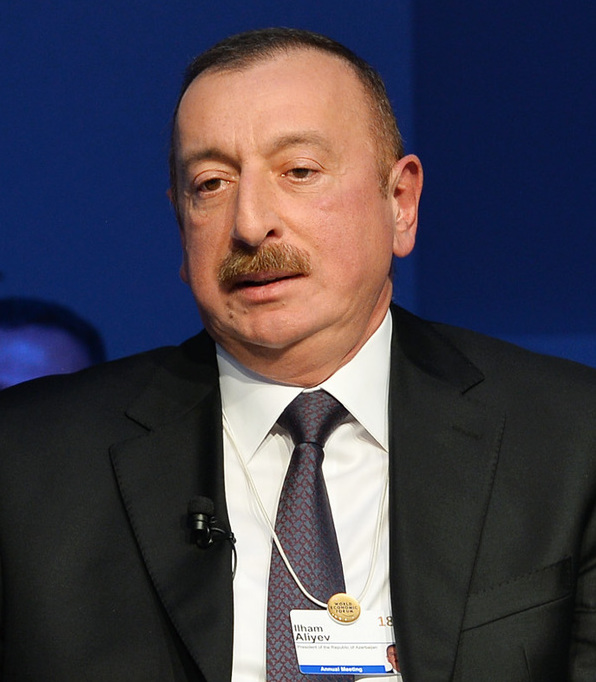 Beaten students, poor hospital facilities, changes in legislation, arrests of political foes – this is how Azerbaijan has been dealing with COVID19 pandemic that has reached the country’s borders in February. As of April 2, there were over 400 reported cases in the country and five deaths. A government-backed website on virus updates (which at the time of writing of this story was undergoing “updates”), has been set up. Authorities in Baku have also set up a a response fund collecting donations to fight the pandemic with contributions from the President, the first lady, and other large and small businesses, as well as government institutions and individual donations. The most recent government-imposed restriction requires its citizens to inform law enforcement before leaving their apartment through an app.

Among the measures introduced and steps taken to address the fight against the global pandemic within the country, some seem certainly far more drastic than the others. After the February 9 Parliamentary Election, where much of the vote and the results were contested by the local civil society and international observers such as the OSCE/ODIHR, authorities in Azerbaijan went ahead with approving the results of the election. In a usual approach to any criticism voiced against the government, the Azerbaijani leadership shrugged it all off (except for canceling the results in four of the precincts), ignoring the protests of the defeated independent parliamentary candidates. Yet again, any hope for a peaceful transition of political power or the inclusion of new voices into the domestic political debate (the makeup of the parliament stayed more or less the same) was swept under the carpet.

With the “new” parliament came a set of new legal amendments that according to critics may only signal further restrictions on freedom of speech. On March 18, parliament approved amendments to the law on Information, Informatisation, and protection of Information. This piece of legislation sped up the process of blocking of scores of independent and opposition websites in 2017 when broad powers were vested into a single government institution – the Ministry of Transport, Communication, and High Technologies to take down online content.

The new round of changes includes additional new clause covering the ‘information-telecommunication network’ and ‘information-telecommunication network users’. There is no definition of what the ‘information-telecommunication network [and its users]’ clause actually means but experts believe this brings social networks under scrutiny and control of the Azerbaijani authorities. The discussions over designing some kind of mechanism that would keep social media users in line have been a topic of the debate among national legislators for years but up until now, no legal measures were introduced. That, however, did not stop authorities from going after social media activists by questioning, detaining, and arresting them over the years. Already, several users have reported, they were questioned by the police. Some have even been charged.

A day after fresh legislative amendments were put in place, President Ilham Aliyev delivered the national address ahead of Novruz holidays. While informing the people, that celebrations of the widely observed holiday were canceled due to the on-going pandemic, and the usual spiel about economic growth and the country’s successes, President Aliyev made time to speak of a few other things. “[…]We see open provocations. Where do these provocations come from? From the very fifth column, from the enemies who are among us, the elements calling themselves opposition, the traitors who receive money from abroad. Their main goal is to destroy Azerbaijan. The worse for Azerbaijan, the better for them. Look at their addresses on social networks, they are full of hatred and provocation. They seem to want riots to happen. They want turmoil. They want panic. And then they claim that they care about the Azerbaijani people. They are our enemies, and we must openly state this. It is not known what this disease will lead to. Therefore, during the existence of the disease, the rules of completely new relationships will apply. Let everyone know this. It is possible that a state of emergency may be declared at some point. In this case, the isolation of representatives of the fifth column will become a historical necessity […] But we cannot allow the anti-Azerbaijani forces, the fifth column, and national traitors to take advantage of this situation to commit various provocations. Let everyone know it.”

Shortly afterwards, arrest spree began. On March 22, member of opposition Popular Font Party Anar Malikov was sentenced to ten days administrative detention on the grounds for allegedly violating the rules of the quarantine. The charges failed to specify which rules exactly.

On March 24, authorities arrested veteran opposition activist and former political prisoner Tofiq Yaqublu in what appeared to be a fabricated car accident. The politicized nature of the government’s’ actions was also reflected in the early release of 200 inmates on March 26 – there were no political prisoners among them.

How arrests of opposition activists or questioning of people about their commentary on social networks reflect the extent of the effectiveness of measures in place to address and fight the coronavirus outbreak inside the country is a question that is being asked by many. Although some government funds have been allocated to fight the pandemic there are still no clear government-backed incentives on how authorities intend to support those who are affected by the outbreak. Unlike Prime Minister Justin Trudeau who recently announced the government plans to aid Canadians who have lost their jobs due to COVID-19 with a 2,000USD check for the next four months President Aliyev instead, is asking for donations from the people while the parliament is adding new fines for ‘violating hygiene and quarantine regime’.

In any other country, where rights and freedoms are in place, where there is a track record for efficient institutions, economic transparency, and trust to an existing government structure in place, any measures introduced would leave no question marks. But in a country marred by rights violations, rigged elections, corruption, and lack of trust the questions are abundant.

Photo Source Official web-page of the President of Azerbaijan  http://en.president.az/articles/26802/images

The Safety of Journalists, a Matter of International Human Rights Standards and Soft Law