The value of a UK strategy on human rights 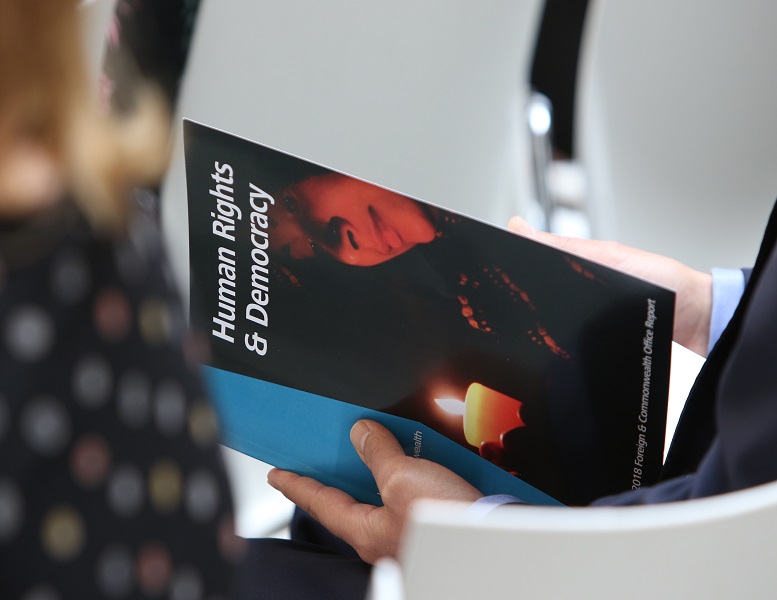 It can be hard to understand sometimes where the UK government sits on human rights in its foreign policy.

Sometimes it takes a leading role in championing rights. At other times human rights appear to be missing in action. This inconsistent approach  undermines the UK’s foreign policy objectives and sends a confusing message about its global role after Brexit. Having a clear strategy on human rights would make its efforts to promote them more effective and help the UK meet its wider foreign policy goals.

There is no doubt that promoting respect for human rights, democratic institutions and the rule of law are objectives for the newly merged FCDO. They are mentioned explicitly in its foreign policy priority outcomes on diplomatic leadership and multilateralism and implicit in some of its other priorities, including Europe, conflict and stability, and Euro Atlantic security.

The importance of respect for human rights in UK foreign policy is a regular theme of statements by the Prime Minister, Foreign Secretary and other minsters including through reference to Global Britain: the idea of the UK, and its commitment to the rules-based international order, as a force for good in the world.

The FCO, now FCDO, produces an annual report on human rights around the world, and cites countries  about which the UK is “particularly concerned about human rights issues, and where [it] consider[s] that the UK can make a real difference.”[1]

The UK leads a number of international inter-state initiatives on human rights including the Equal Rights Coalition for LGBT rights and the Media Freedom Coalition. It has recently created a global human rights sanctions system that allows the UK to impose asset freezes and travel bans on individuals and entities responsible for gross human rights violations, with initial designations relating to Saudi Arabia, North Korea, Myanmar, and Russia.[2]

Yet the UK’s approach to promoting human rights in its foreign policy is inconsistent and sometimes contradictory at times in mutually reinforcing ways.

First, there is inconsistency across its bilateral relations. The UK takes strong positions on human rights in some countries, while on others it tends to downplay the same concerns, including countries that it lists as priorities for promoting human rights. The UK is rightly strong on human rights abuses in Russia, Venezuela, Syria and South Sudan. Yet it is reluctant to speak out forcefully on abuses on Bahrain and Egypt (both FCDO human rights priority countries), Turkey (which ought to be), and Rwanda.

In some cases, UK policies towards a particular country contain contradictions, with some strands of policy aiming to improve respect for rights while others undermine them.

On Yemen, the UK has played a leading role in humanitarian and peace efforts. Yet it has battled in the UK courts to be able to continue to sell weapons to Saudi Arabia, despite the Saudi-led coalition’s horrific record of abuse in Yemen.[3] The UK has also done little to pressure the Saudi-led coalition to take real steps towards accountability for those abuses, despite having a formal leadership role on Yemen in the Security Council. UN-appointed rights investigators have said the UK’s arms sales make it potentially complicit in war crimes in Yemen.[4]

On China, the UK has offered a safe haven for Hong Kongers with UK ties in the face of Beijing’s crackdown on freedom in Hong Kong, and spoken out at the UN on Hong Kong and Xinjiang. But the UK has been reluctant to support human rights sanctions on officials responsible for those abuses or multilateral action that might create accountability for Beijing’s abuses. The result is the impression that the UK cares about human rights in China but is unwilling to take tough, transformative action.

Second, there is inconsistency between positions the UK takes in multilateral bodies and those it takes in bilateral relations. The UK is often keen to support human rights in UN bodies, including on Saudi Arabia. But in its bilateral relations with those countries, human rights can get short shrift. In other cases, the UK appears reluctant to use its position of leadership at the UN to address serious rights abuse in Myanmar and Sri Lanka, even while raising these abuses bilaterally with those countries’ governments.

That undermines the force of joint efforts and allows other states to discount the UK’s contributions in those fora. The UK also fails consistently to stand behind multilateral bodies that promote human rights, notably the Council of Europe.

If the UK’s own objectives to advance human rights internationally are to be met, what really matters is how the UK responds when those principles are put to the test – when  Saudi state agents were implicated in the grisly murder of the journalist Jamal Khashoggi, for example. Or when journalists from Iwacu newspaper in Burundi were jailed for doing their jobs, or when a human rights defender like Osman Kavala is jailed for years in Turkey without any real charge and in defiance of a European Court of Human Rights ruling.

Fourth, there is an inconsistency between UK leadership internationally and its actions at home. The UK is a co-chair of Equal Rights Coalition and sees itself as champion of LGBT issues in other countries. Yet, despite considerable progress in some areas of LGBT rights, its efforts to protect the rights of transgender people at home have faltered and it went to court to prevent the use of ‘X’ as a non-binary gender marker on UK passports.

The UK seeks to promote justice, rule of law, and the importance of democratic institutions around the world. Yet since 2019, the Government suspended parliament, has obstructed proper functioning of parliamentary committees seeking to scrutinise its record, pledged to weaken judicial review and shown a willingness to break international law to sever its ties with the European Union.

International justice provides a further illustration. The UK is a member of the International Criminal Court (ICC) and has historically backed international justice in Rwanda and the former Yugoslavia. More recently it has pushed for accountability over Syria and Libya. Yet the UK government is actively contemplating immunising historic abuses by its own forces in Iraq and Afghanistan.[5]

The UK has been among a handful of ICC member countries pressing for arbitrary limits to the court’s budget at a time when its workload is growing. It has also called for timelines for completion of the prosecutor’s preliminary inquiries, one of which concerns the allegations of abuse involving UK forces in Iraq. This is not good enough from a country that helped create and codify international humanitarian law.

Taking a consistent approach matters because it is a demonstration that the UK’s engagement with the world is rooted in deep values. With those values under attack by governments in many parts of the world, including in democracies, defending them only when it is convenient risks emboldening authoritarian populists. It is much harder for the UK to be critical of power grabs by Orban, Erdogan, or Duterte if it fails consistently to stand up for those values at home and abroad.

Acting more consistently does not mean pretending the UK never has countervailing interests in a particular context or ignoring the need for the UK to work with states with questionable rights practices to advance common interests – climate change and COVID-19 among them. It means recognising that a world in which increasing numbers of states respect the rights of their inhabitants, the rule of law and have strong democratic institutions is a world that is in the UK’s strategic interest.

Having a clear human rights strategy would ensure greater policy coherence on human rights, democratic institutions and rule of law across UK foreign policy in ways that could help the UK meet its policy objectives. Having such a strategy could facilitate a common approach across Whitehall, including the newly merged FCDO, the National Security Council and Department for International Trade, and between the actions of UK diplomatic posts and those in London. It would also facilitate democratic scrutiny of UK human rights policy by Parliament. The Integrated Review provides an ideal opportunity to commit to and develop such a strategy. Having one could help the UK truly be a force for good in the world.

Benjamin Ward is UK Director of Human Rights Watch. He has served as Deputy Director of Human Rights Watch’s Europe and Central Asia Division, and a researcher for the organization on Bosnia, Croatia, and Kosovo. Before joining Human Rights Watch in 1997, Ward worked for the United Nations in Somalia and New York, and in Bosnia for the Organization for Security and Cooperation in Europe. He was admitted to practice as a barrister in England & Wales in 2003, and holds a bachelor’s degree in government from the London School of Economics and a master’s degree in international affairs from the Columbia University School of International and Public Affairs.

Image by FCO under (CC).

[4] Patrick Wintour, UK, US and France may be complicit in Yemen war crimes – UN report, The Guardian, September 2019, https://www.theguardian.com/world/2019/sep/03/uk-us-and-france-may-be-complicit-in-yemen-war-crimes-un-report

[5] Benjamin Ward, The UK is inconsistent in its commitment to human rights. If we truly want to be a force for good in this world, greater cooperation is vital, Fabian Society, May 2020, https://fabians.org.uk/leading-the-world/

Protecting the UK’s ability to defend its values: Executive Summary